With all of this talk about the new iOS 7 upgrade for the iPhone, we began thinking, ‘what if your house had periodic upgrades where you didn’t have to do a single thing but push a button and then 15 minutes later (or an hour later if your upgrade froze) you would have the latest technology?’ This would be amazing!!

This is what your new house could look like with this idea: All it took was a little paint on the cabinets! The wall paint is even still the same, but what a huge change! Now this one took a little demo work, but holy cow! What a change!! This updated kitchen definitely adds value to this house! Bathrooms bring in money to a house! Having updated fixtures and a nice finish on the cabinets can really transform the look and feel of a dated bathroom!

When I began watching this video, the first thing I noticed was the poverty-stricken community that it was set in. I then assumed that this video’s premise was to evoke enough emotion out of me and the other viewers to donate something like a dollar a day to the less fortunate, and because, as I’ve said many times, I am a huge emotion-loving sap, I intensely kept watching. I watched as the middle-aged female shop owner scolded the little boy who stole from her and I kept watching as the middle-aged man came over to see what was going on.

As the video continued and thirty years had past, you were able to see the unfaltering character of the now even older shop owner who had helped the little boy. He was constantly giving and continuously loving. He gave without expecting or thinking twice, even when his daughter gave him looks of confusion and even annoyance. The story took a turn when the shop owner fell and hit his head, sending him into the hospital with a major brain injury. If this wasn’t heartbreaking enough, it caused his daughter to be left with taking care of him, his shop, and all of his increasing medical expenses.

Putting myself in the daughters shoes, knowing how difficult it is to experience a loved one sick/hurt/dying, I also sat in pain as I watched her cry at her fathers hospital bedside. It was then the daughter noticed an envelope on the bed. She opened it and it said that all of her fathers medical expenses had been taken care of 30 years ago with a bowl of soup and medicine that he had given to a little boy in the streets. The letter stating her father had no medical expenses was signed by the doctor; it was the doctor who the shop owner helped 30 years ago.

This shot chills down my spine and made me realize the power of giving– not just because of how the now grown little boy re-payed the older shop owner, but because without the help of the shop owner thirty years ago, the little boy might not have even been able to become a doctor. It is the smallest acts of kindness that can really change someones life.

This video truly shows how “giving is the best form of communication” because even though this video was set in an entirely different culture from mine, with a language other than English, I was still able to receive such a strong message from it, and you know what is even more incredible?… At the end of the video, I wasn’t even asked to donate a dollar a day to children in need… but I have this overwhelming feeling inside me that very much wants to. This is how you know the message was received. — Give without expectation.

Now, obviously I am not telling everyone to run out and donate all of your money to various shelters and charities, but I am just wanting to remind you that the next time you are in a situation where you have the opportunity to give, I hope you remember that giving is the best form of communication. It just could change someones life… even your own. 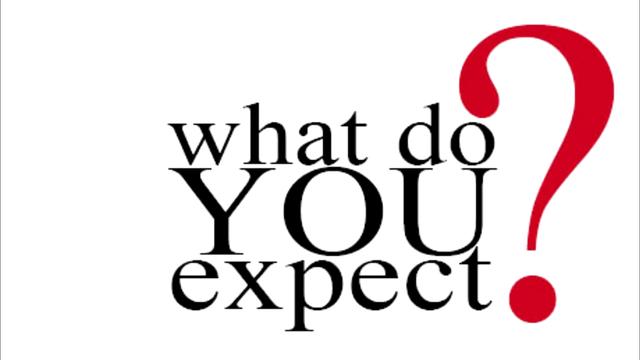 PICTURE THIS: You’ve found the perfect house, made a winning offer, completed all necessary inspections, signed all needed paperwork, and now a closing date is set. You’re in the clear, right?!

As a rule of thumb, you will want to know/check for the following few things at your final walk-through to ensure that you are receiving everything you expect from your new house; remember, the final walk through is not a home inspection! That should already have been completed!

1.  All agreed upon repairs have been made.

2.  All items agreed upon in the contract are present/removed. (Example: Washer and dryers are present — dated dining room curtains are removed— etc.)

5. All faucets are leak-free and have caused no damage.

7. The grounds are as expected. (No missing plants, trees, lighting, etc.)

8. All windows open and screens are in good condition.

9. No trash or unwanted items were left behind.

If there is a problem with anything, acting quickly is essential! Thankfully, your RE/MAX agent will know how to handle any problem that arises, so even if there is a minor set-back at the time of the walk-through, your agent will take care of you. Just remember, failing to plan is essentially planning to fail, so hopefully after knowing what to look for at the final walk-through, you will be one step closer to actually obtaining your perfect house!

Take a look at this weeks Friday Update to see the stats for OUR BEST MONTH EVER!!